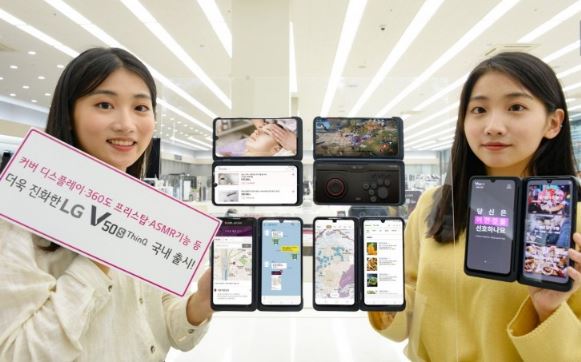 Since July 2019, we had been hearing about LG’s upcoming smartphone named LG G8X ThinQ with a different name, “LG V50S ThinQ” in its homeland, South Korea.

The company launched this gorgeously designed beast as a part of LG G-series for markets without adding the 5G connectivity, but it’s now the thing of the past as LG has made the phone a part of its 5G V lineup in South Korea.

Other continents such as North America, Europe, Australia, and Asia are most likely to get LG V50S ThinQ too in upcoming days, but the exact release date isn’t yet known. Thanks to its dual-screen in the box, it’s expected to set users back a whopping $1199. It’s going to be LG’s first smartphone with a dual-screen in the world (quite different compared to Nubia X and Vivo Nex Dual). 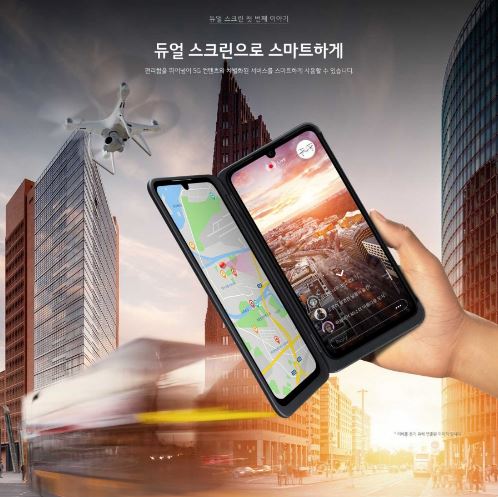 Taking a look at what it dishes out, a Qualcomm Snapdragon 855 Chipset powers the phone – partnered with a gigantic 6GB of RAM and 128GB of onboard memory. A total available amount of battery is 4000mAh alongside the 21W fast-charging feature to restore juice in less than 2 hours.

A 6.4-inches OLED display covers the front of the phone, and there is another similar panel on the Dual Screen attachment. Another display is available outback with a size of 2.1-inches diagonally – enabling you to check date and time as well as notifications.

Instead of three cameras, LG V50S ThinQ comes with a dual camera on its rear – consists of a 12MP primary and a 13MP ultra-wide sensors. And on the front, it sports a 32MP selfie snapper to help you capture movements with your loved ones.

It’s available in South Korea in Aurora Black colour and one who signs up for LG Pay system will be rewarded with an LG Homebrew (a capsule-based device which brews your own beer).