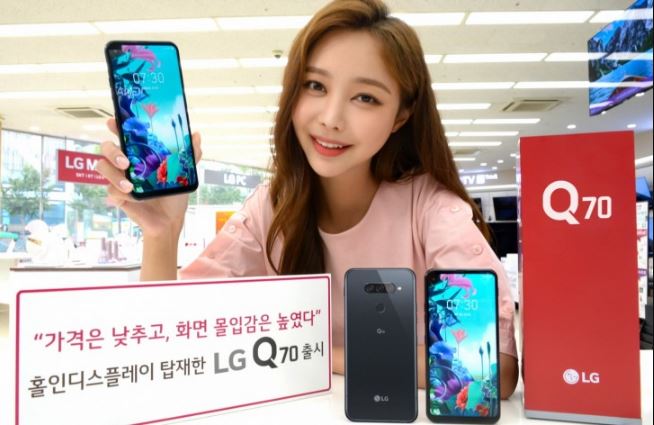 LG appears to be presenting a number of coolest smartphones at the IFA trade fair in Berlin – housing dual-screen features, and small screen cutoffs, while at the same moment showcasing the mid-rangers named K50S and K40S as well as the premium-looking Q70.

Sadly, it is yet to be cleared whether LG Q70 is ever coming to Europe and the US, as it was newly announced, with a relatively sensible price tag attached to its name at the exclusive Korean September 6 debut. The phone is priced 548,900 won, which after conversion comes to around $450.

A more respectable Snapdragon 675 processor is packing the top Android Q70 smartphone with 4GB of RAM and, 64GB internal storage with MicroSD assistance, and a high battery with 4,000mAh. The main point of sales is, of course, a 6.4-inch FullVision screen with an excellent 2310 x 1080 pixels resolution, replacing the notch with a trendier punch design in the recent high-enders from LG.

Certainly, LG is a little late at the party and releases its first-ever phone with a hole-in-display almost a year after Huawei or Samsung.

It remains to be seen whether the company plans to eventually expand this reduction process towards its high-end product range, as was Samsung’s case with the Galaxy S10 family. For the moment, it is important to mention that the 6.4-inch Q70 is somewhat bigger and wider than the 6.4-inch V40 ThinQ, although technically the bezel area that obscures the screen is better to be minimized.