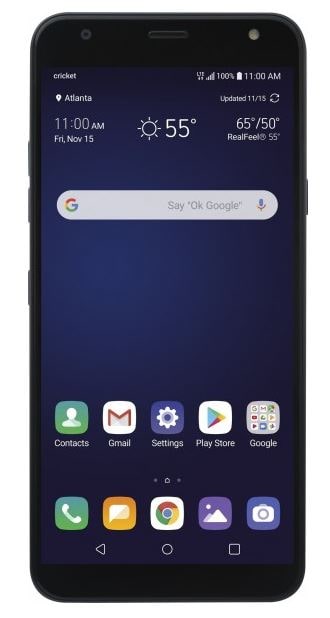 It’s been more than two years since then LG has been launching affordable smartphones under Harmony moniker and it looks like LG has all set to come up again with 3rd smartphone named Harmony 3.

The already available LG Harmony and LG Harmony 2 are sold only by Cricket and it seems that the 3rd variant will also be sold by Cricket.

The most reliable tipster “Evan Blass” revealed a photo of Harmony 3 on tweeter – showing us the first look of that upcoming smartphone from LG.

According to the shared image, the smartphone seems to be loaded with the tallest display and smaller bezels at the bottom and the top. The front-facing camera is equipped with an LED Flash to keep it company on the other side of the earpiece. The lefts side, however, is visible with volume rockers and a Google Assistant key.

On which Android OS will it run? It’s not yet revealed but the UI will be the latest LG UX 8.0 which we have already seen in flagship device named LG G8 ThinQ.

As far as LG Harmony 3 price is concerned, it’s expected to set users back less than $200. Harmony 2, right now, is available for $139.99 at Cricket. However, it can be bought under $100 if you make your mind to upgrade your plan or get a new number.