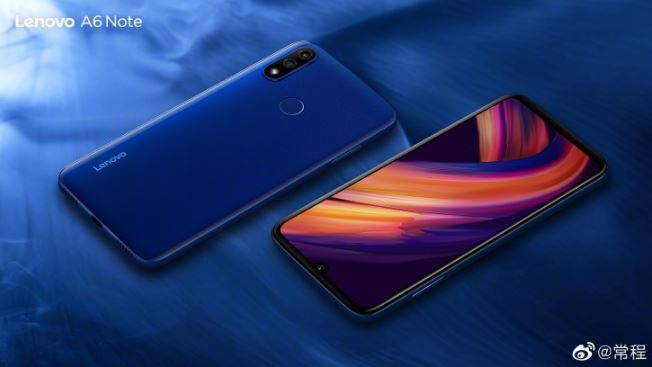 Lenovo to Launch K10 Note, A6 Note and Z6 Pro on September 5 in India

The smartphone company Lenovo has disclosed that on 5 September in India it will host a press event in which its smartphone named Lenovo Z6 Pro will be launched. The latest and greatest K10 Note and A6 Note are going to be launched in that event as well.

Although the Z6 Pro was introduced as the flagship model of the company on the Chinese market – India will get the Lenovo K10 Note and A6 Note first. At this stage, the firm did not share any other information. The invited images disclosed that the Lenovo K10 Note has three rear camera configurations and a rear fingerprint sensor. Lenovo A6 Similarly comes with double-back cameras, water-drop style notch, and rear fingerprint scanner.

As a reminder, Lenovo launched Z6 Pro back in April 2019. A DC Dimming and HDR 10 support are featured on the smartphone with a 6.39-inches AMOLED display. It’s powered by Qualcomm Snapdragon 855 SoC which is partnered with up to 12GB of RAM and a storage capacity of up to 512GB.

Lenovo Z6 Pro has a 48 MP primary shooter, 16 MP wide-angle camera and 8 MP telephoto camera, and a 2 MP shooter in its quad-camera configuration. And on the front, on the other hand, it’s housing a 32MP selfie snapper to assist you in selfies and video calls. The rest of the details include 4,000mAh quickly charging battery support 27W and Android 9 Pie OS.

Lenovo K10 Note and A6 Note are a mystery as of now, although as previously stated, a three-fold rear camera setup with an LED flash on the K10 Lenovo Note was disclosed. The invite can also show a rear fingerprint sensor. As shown in the invitation, the phone is probable to be offered in two colors. Lenovo A6 Note has a fingerprint sensor and a water-drop notch, dual rear cameras and a back sensor. The invitation image also indicates that A6 Note will be landed in two colours.