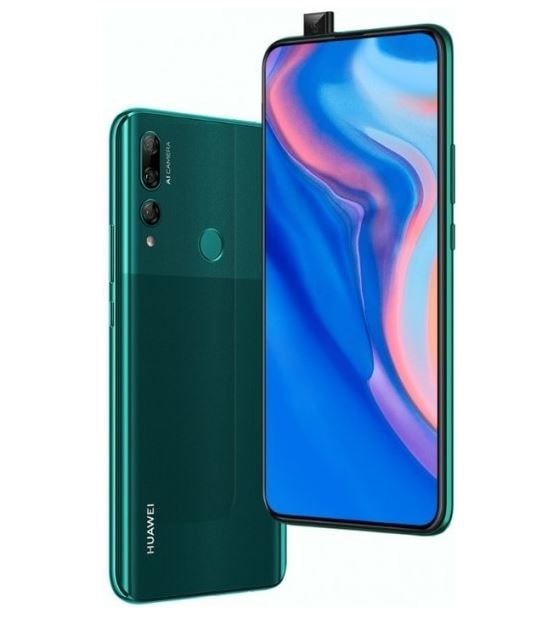 Well, the pop-up camera isn’t new anymore as we have seen numerous Vivo’s and Oppo’s devices with the same mechanism. But Huawei Y9 Prime 2019 is the company’s first and foremost pop-up camera phone which has been launched in India. The phone set users back INR 15,990 (approx. $230) and will be sold through Amazon.in as well as hundreds of other Indian stores.

Getting this phone pre-booked from August 5th through retail outlets i.e. Poorvika and Croma means you will get Huawei Sport BT headphones alongside a 15,600mAh power bank free-of-cost.

The prime members of Amazon.in will be able to buy Huawei Y9 Prime 2019 phones on August 7, with general sales commencing from 8th of August.

Specifications-wise, Huawei Y9 Prime 2019 is loaded with HiSilicon Kirin 710 Chipset which is partnered with 4GB of RAM and 128GB of storage (expandable further up to 512GB via microSD card). The handset is sporting a 6.59-inches notch-less display with a 16MP pop-up camera which is actually a major highlight of this phone.

The rear of the handset is equipped with a triple camera configuration – consists of 16MP primary camera, 8MP ultra-wide camera, and 2MP depth sensor camera. Both front and rear cameras are loaded with AI-powered features as well as 3D Portrait retouching.

Onto software, it’s running on Android Pie-based EMUI 9.1 operating system out of the box and other details specifications include 4000mAh battery, a rear-mounted fingerprint scanner and two colour options i.e. Emerald Green and Sapphire Blue to choose from.