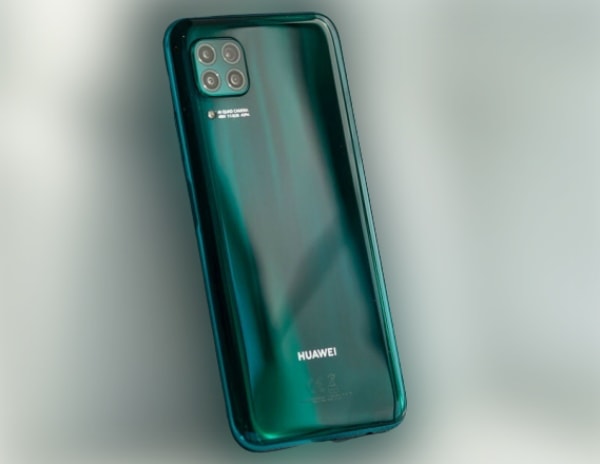 Indeed, Huawei P40 Lite undercuts a wide number of flagship smartphones from other giants like Samsung Galaxy S20. It’s overall a power-packed smartphone that you would definitely like to own.

Every single element of a spec sheet is marvellous like super-fast performance while playing games, dazzlingly captured photos, bright and shiny display and most important of all, gigantic battery with fast charging feature.

It’s officially available on stores and you can Buy Huawei P40 Lite in the UK from Amazon.co.uk as well as eBay alongside prompt discount. We, too, have listed this beast below from Amazon for your convenience to get your hands on one before it runs out of stock.

The Chinese giant Huawei has recovered itself quite quickly after litigation and continues to shine worldwide including in a flagship segment. Every new smartphone released by Huawei is a blend of an attention-grabbing design, marvellous performance and, of course, an eye-catching price.

The recently launched Huawei’s P-series smartphones are enticing the audience worldwide – thanks to their unique design, and a decent number of onboard features – we’ve seen never before. This time, Huawei’s “Lite” smartphone named Huawei P40 Lite has got a wide number of special treatments like a punch-hole camera, quad-camera configuration outback, bezel-less display and much more.

The P40 Lite as compared to its siblings named P40 and P40 Pro is the smallest in size as well as the lowest specifications. But everything is perfectly fine as far as its price is concerned.

The phone brings a massive and bright 6.4-inches display, HiSilicon Kirin 810 Chipset, 6GB of RAM for glitch-free performance, Quad-camera to bring your inner photographer out and 4200mAh non-removable battery.

We have compiled all specifications alongside its features, release date, price and availability below in our Huawei P40 Lite Review. So, let’s have a look! 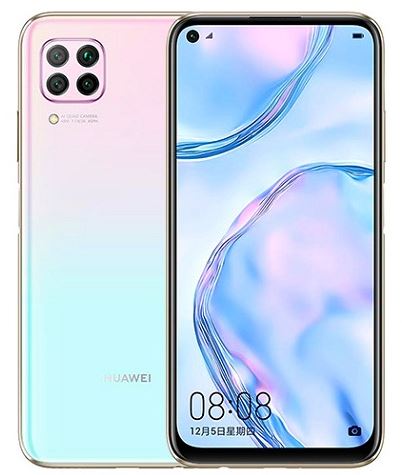 The official Huawei P40 Lite release date for worldwide was March 2nd, 2020. It’s already in stores in a number of countries and now it has started landing on UK stores as well.

A well-recognised online store Amazon.co.uk has listed that phone for the UK audience to get their hands on one before it runs out of stock. It’s available in numerous sensational colours to choose from, i.e., Black, Emerald Green, and Light Pink/Blue.

This time Huawei’s P Lite smartphone has received a significant number of improvements such as nicely shaped design for a strong grip, bezel-less design, a punch-hole camera on the front and a quad-camera setup on the back. 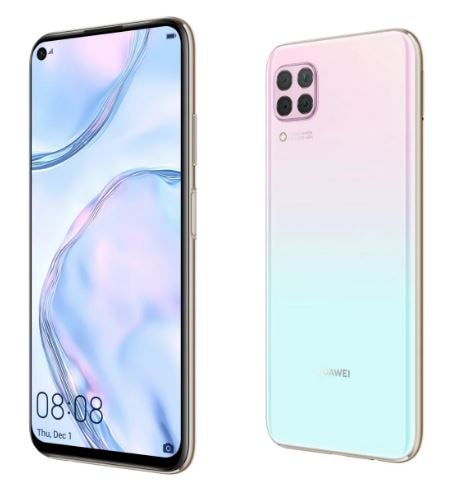 The front of the phone is covered with its gigantic 6.4-inches display which looks gorgeous. The display is surrounded by small enough bezels and rounded corners, giving it an exquisite look. There is a noticeable punch-hole camera for selfies and video calls whereas earpiece grill is almost invisible between the screen and the front glass – thanks to a bezel-less design.

Although it’s entirely a flat smartphone but its back is curved like contemporary smartphones of nowadays’. The frame around the phone is made of plastic but gives a metal look which is quite fine.

The left side is covered with a hybrid SIM slot whereas the right side has a power button as well as power keys, as usual. A fingerprint scanner is embedded on the side of the display and the bottom has USB-C Port, a speaker grille and an audio jack.

This phone has a lovely display which is in a size of 6.4-inches – based on IPS Technology with a maximum resolution of 1080 x 2310 pixels. Either it comes with a Corning Gorilla Glass or not, we’re short on words on as of now because Huawei hasn’t disclosed such information. 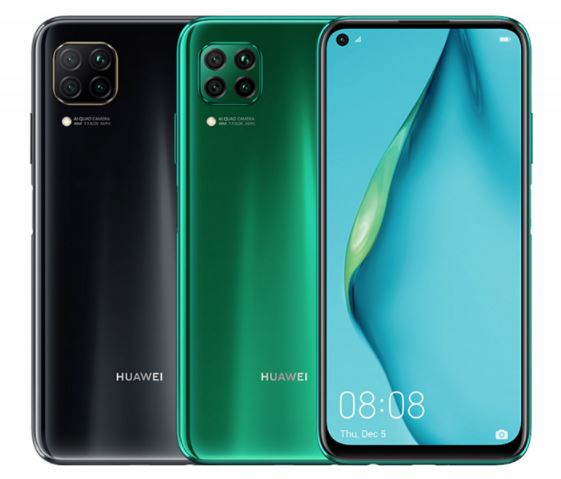 Performance-wise, it’s bright enough with punchy and vivid colours that make it an OLED display. It has a maximum brightness of 460 nits which is good enough in the IPS display.

The colour accuracy of this display is quite fine as it achieves an exquisite average DeltaE of 2.2. This display doesn’t sport a default mode and the reason is that users prefer livelier colours which are vivid.

A key highlight of Huawei P40 Lite is its quad-camera configuration – positioned on its rear, making it stand out from a crowd. The primary camera sensor is 48MP in size which is partnered with an 8MP fixed-focus sensor, a 2MP macro sensor, and a 2MP depth sensor.

The primary camera uses Sony’s 48MP, probably IMX582 or IMX586. The resulting image is 12MP in resolution and it has a Quad-Bavarian format for pixel binning. Nevertheless, you can shoot in 48MP and you’ll get an excellent 48MP photo under bright sunlight.

Besides, it’s loaded with AI Mode that can be turned on or off in a jiffy. It has the capability to recognise a wide number of scenes and automatically adjust image parameters. Huawei has also included a Night Mode in camera application in its P40 Lite which can produce very good night-time photos. 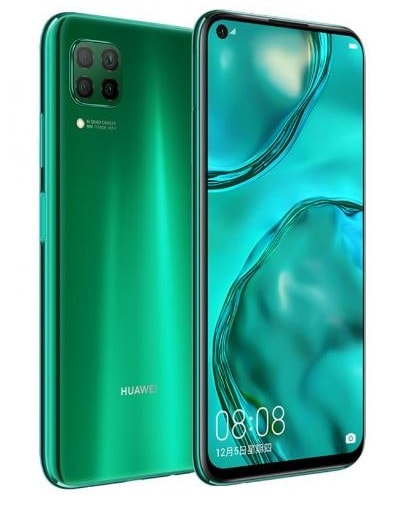 In addition to Night Mode, one can enable or disable a background blur (only in Portrait Mode) as well as can add many beautifications on a scale from 0-10.

A 16MP camera sensor, on the other hand, is positioned in a small punch-hole on the front of the phone which can snap some awesome shots under a great amount of light. This camera lens is capable to capture accurate photos with nice contrast.

The P40 Lite brings Huawei’s latest EMUI 10 which is based on the Android 10 operating system. Unfortunately, it doesn’t have access to Google Play Store and other Google Services but Huawei is offering new trademarked services to with Huawei’s AppsGallery.

The side-mounted fingerprint scanner is said to be super-fast which response in a jiffy. Playing graphics-enriched games, multitasking or switching between apps is free from glitch and lag – thanks to its Kirin 810 Chipset which is coupled with 6GB RAM.

According to sources, benchmark scores of P40 Lite in terms of performance are impressive and its chipset can easily outperform every competitor.

The onboard 128GB storage helps you store loads and loads of files, videos, and images on your phone quite conveniently. And if you run out of space, you can use the Nano-Memory card to take the storage to the next level.

“Nano-Memory cards are introduced by Huawei which are smaller in size than microSD (approx. 45%). The NM cards are the same size as Nano-SIM cards”. 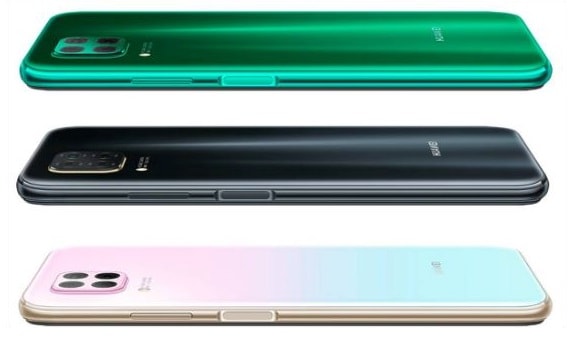 It’s powered by a massive 4200mAh non-removable battery which is more than enough to provide juice to the 6.4” display for all-day long. Moreover, P40 Lite comes alongside fast charging 40W feature that promises to restore juice from 0% to 70% in only 30 minutes which is great for those who are always short on time.

The rest of the details include a side-mounted fingerprint scanner, proximity sensor, compass sensor, and accelerometer sensor. And a bunch of connectivity options include W-Fi 802.11 a/b/g/n/ac, Bluetooth 5.0, GPS, NFC, USB 2.0 Type-C 1.0 and more.