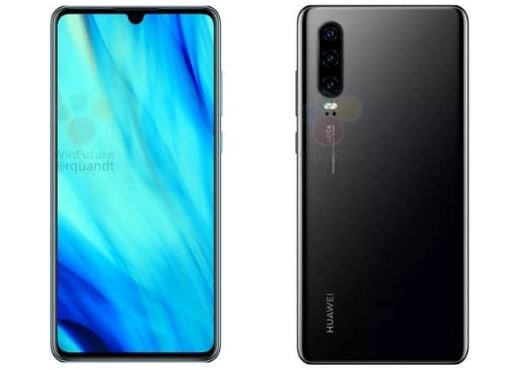 In the past few weeks, we have a plethora of leaked images of Huawei’s most-awaited smartphone named Huawei P30 Pro. Now we have got our hands on a leak which is indicating some details about its screen and rear camera as well as speakers.

Based on a report from a German website “WinFuture”, Huawei P30 Pro is going to hold a 6.47-inches screen which is well-supported with a resolution of 1080 x 2340 pixels – making it quite bigger in size but lower resolution as compared to Huawei’s Mate 20 Pro which houses 1440 x 3120 pixels.

The screen of P30 Pro looks to have a trick up its sleeve – as based on this information the earpiece is built into it. Hence, it’s capable enough to produce sound and act as a loudspeaker. That sounds similar to a feature we saw on LG G8 ThinQ.

Talking about its rear camera, it’s a quad lens, but this source lists some lenses, says the main one is 40MP with an f/1.6 lens aperture, so it takes a lot of light. This lens should also offer stabilization of the optical image. One of the other lenses is a large-angle 20MP f/2.2 without OIS. There’s also a depth sensor, but the final lens doesn’t have any information, so far.

Out front, Huawei seems to ditch 3D sensor Technology. The sources have said that it’ll be equipped with at least 32MP – but it’s expected to come with less amount of MPs (according to some other sources). They further added that, if you want your device to be secure even more, Huawei added an on-screen fingerprint scanner.