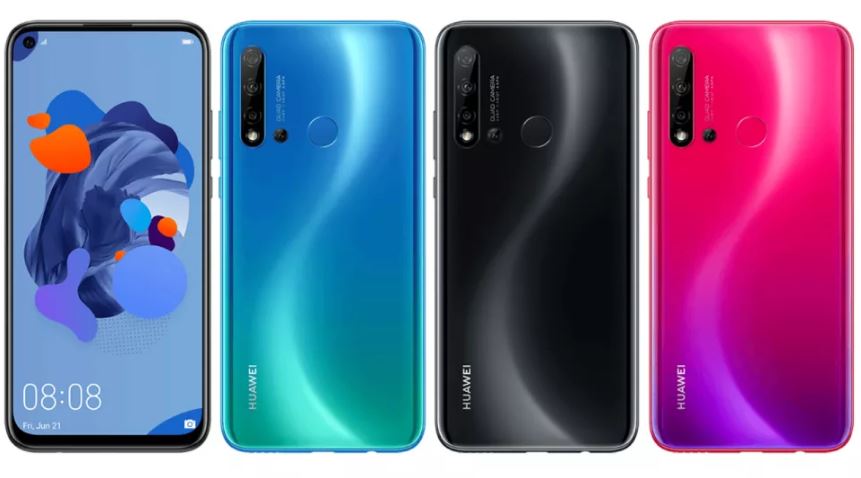 Huawei has formally introduced Huawei P20 Lite (2019) today in Europe in the midst of the ongoing turmoil due to the ban from the United States. The smartphone back in May or April 2019, was on the rumour mill and some of its renders and key specs were leaked online. Now, it’s official on Swiss retailer’s site along with full specifications and price.

The Huawei P20 Lite 2019 comes with significant improvements as compared to P20 Lite in numerous aspects. In several ways, the new P20 Lite (2019) succeeds the P20 Lite. For one thing, the notch has disappeared and there is a 6.4-inch IPS LCD screen with a punch-hole which is actually sporting a 16MP front-facing camera.

The rear of the phone has a trendy gradient finish but is actually made of polycarbonate material. The back panel contains four-cameras together with a fingerprint scanner. The rear four cameras consist of the 24MP main camera, 8MP sensor, 2MP depth sensor and a TOF sensor to complete the quad configuration.

The device features a Kirin 710 SoC – partnered with 4GB RAM and 64GB/128GB of onboard storage. The smartphone draws energy from a battery of 4000mAh and it’s running on Android Pie 9.0 operating system. How Huawei will handle software updates on this handset and other devices after the ban from the US? Well, time will tell.