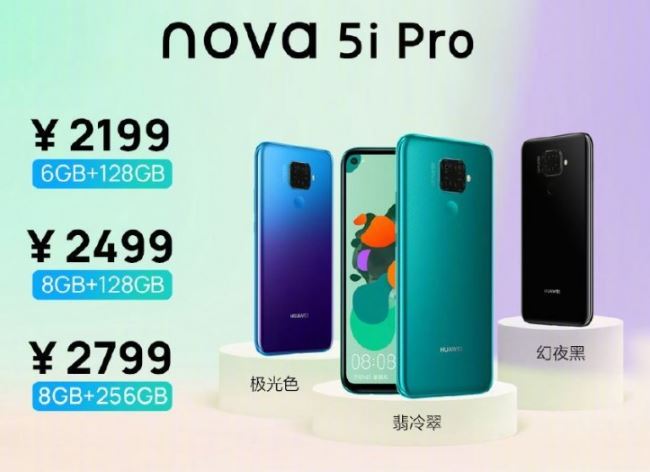 Huawei Nova 5i Pro is Official with Quad Cameras, Kirin 810 and 4000mAh Battery

Huawei during an event in China launched Nova 5i Pro smartphone alongside its Mate 20 X 5G as company’s first 5G smartphone. The Nova 5i Pro variant comes as an enhanced edition of Nova 5i (revealed back in June). Nova 5i Pro is loaded with HiSilicon Kirin 810 Chipset and borrows a punch-hole display from its younger brother 5i. 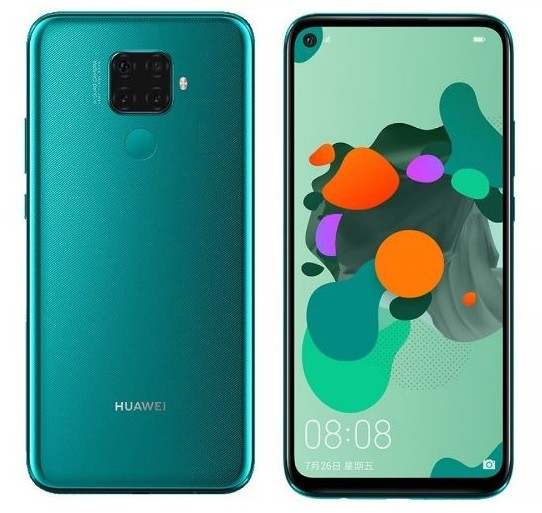 The Huawei Nova 5i Pro is backed by an Octa-core Kirin 810 Chipset – coupled with up to 8GB of RAM and 256GB of onboard memory (further expandable up to 256GB via microSD card). It’s running on Android 9.0 Pie operating system which is based on EMUI 9.1.

Camera-wise, Nova 5i Pro comes with a 48MP main camera, 8MP wide-angle lens, a 2MP macro camera and another 2MP depth sensor to capture colourful images with a lot of details. Sources said that the captured images look like the one on Huawei Mate 20 Pro.

The front-facing camera, on the other hand, is a 32MP and camera features include AI optimizations, Portrait Mode, HDR and more. The phone houses the biggest 6.26-inches display with a punch-hole and 4000mAh battery (22.5W fast charging) keeps the handset active all day long with ease.

The handset has already started hitting shelves in the home country China but a global release date is not known, for now. As for Nova 5i Pro Price, it set users back 2,299 Yuan (around $334) if you buy one with 6GB of RAM and 128GB of storage. The other variant with 8GB RAM and 256GB of storage, on the other hand, goes for 2,499 Yuan (around $363).

The pre-booking is started across China and it’ll go live on August 5th, 2019. One can order that phone in a choice of three colours – Midnight Black, Aurora and Emerald Green.