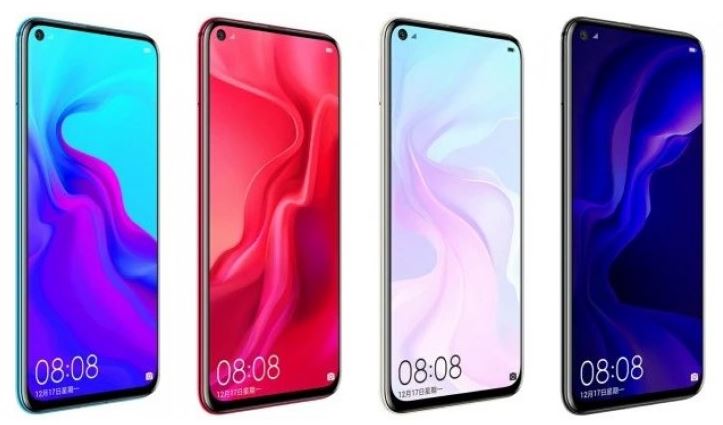 So far, so many reports have leaked the information of Huawei’s upcoming Nova 5 series. TENAA lately endorsed the GLK-TL00/AL00 model belonging to Nova 5i, by which all its specifications have been leaked. Thus, it was believed that Huawei will be releasing the Nova 5 series in the future.

Now, Huawei through their Weibo account has officially announced that Nova 5 is going to be landed on stores along with Nova 5i on June 21, For which TENAA Revealed Huawei’s Nova 5i Key Specs Ahead of its Official Launch.

The Huawei Nova 5 is expected to have a model number SEA-AL10/TL10. It’s likely to sport a 6.39-inches Full HD+ notch-free display – but with a small punch-hole on the top left corner of the phone. The HiSilicon Kirin 980 Chipset may give the power to the smartphone and 3500mAh battery seems to keep the things moving all day long. The handset could be housing a front-facing camera of 25MP to assist you in selfies and video calls.

The Nova 5 can be fitted with a triple camera configuration on the back. It can contain a primary lens of 48 Megapixels, a wide-angle lens of 12.3 Megapixels and a ToF sensor. The specified leaks of the Nova 5 should be taken with a pinch of salt because all these specifications are yet to be confirmed by the other online sources. Hopefully, the smartphone will soon appear on TENAA with all its specifications in order to solve that mystery.

While the upcoming Nova 5 series is most likely to include Nova 5 and Nova 5i but the latest leak has suggested that Kirin 980 will be available inside the Nova 5 Pro, and Kirin 710 will be in the Nova 5i. Confusing? It’s advisable to wait for a little bit more for the confirmation on the precise names of smartphones from the Nova 5 series.