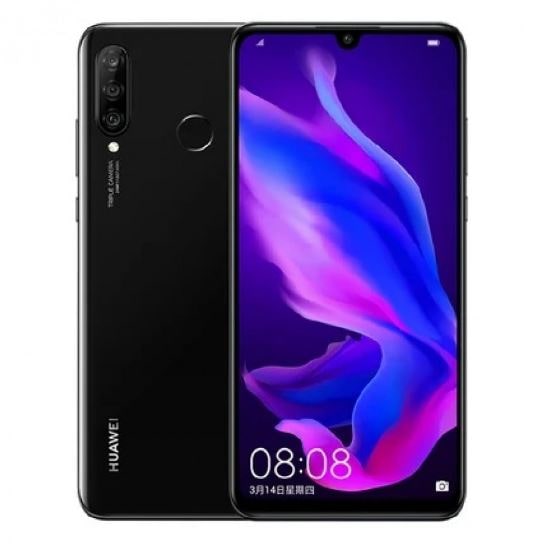 The Chinese smartphone brand recently announced that Huawei Nova 4e will be landed on stores on March 14th, 2019. And it’s most likely that it’ll be named as Huawei P30 Lite in European markets. Importantly, all images of Nova 4e have now appeared on TENAA but the listing isn’t showing its up-to-date specifications.

The key details surfaced online include a bunch of information such as its battery, chipset, display size, dimensions, colour options as well as onboard memory variants. 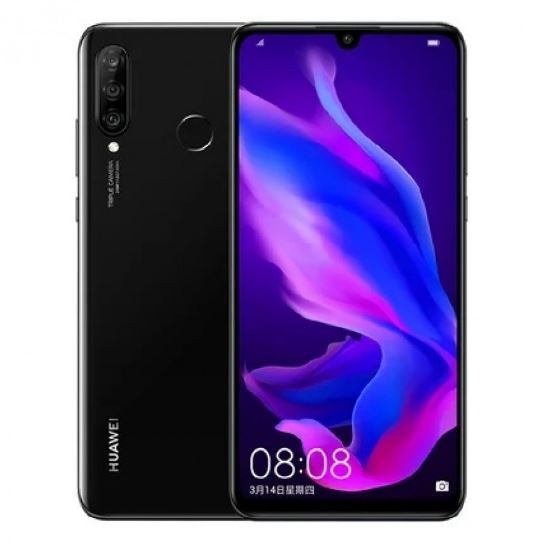 ◄ Back
Next ►
Picture 1 of 3
The leaked images of Nova 4e also are indicating a waterdrop-like notch screen and three rear cameras outback – positioned vertically. Right below the rear cameras, there is an LED flash and a rear-mounted fingerprint scanner.

It has now also confirmed that it’ll be coming in at least three colours which will be named Pearl White, Magic Night and Garnet Blue. Well, leaked information from last week indicated that a Blue coloured variant will be named as Bird Blue – therefore, there might still be some doubt remaining.

Some online sources have claimed that three rear-mounted cameras will be 24MP + 8MP + 2MP. The 8MP lens will be a wide-angle whereas 2MP will be used to depth sensing.

Based on what we have already heard, it’ll be comprising a 6.15-inches screen (Full HD+), HiSilicon Kirin 710 Chipset which is partnered with 6GB of RAM and 128GB of onboard memory to store loads and loads of data with ease. There will be 3340mAh battery which will keep things moving smoothly all day long.

A couple of days back, Huawei shared a teaser video – showing an impressive and solid 32MP front-facing camera. Rest of the details about Nova 4e are still under cover.