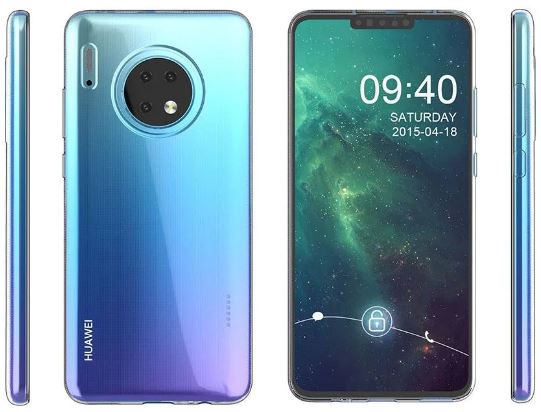 Huawei launches its Mate series a couple of days back but Huawei’s CEO “Richard Yu” didn’t clarify the actual release date of these devices at that time. Now, according to a teaser posted by Huawei on Weibo, Huawei Mate 30 Pro is going on sale tomorrow across China. The phone, however, has already been listed on Vmall and DJ.com.

The most important thing to be noted is that it lacks almost every Google application and service. Frankly speaking, it’s not a significant problem in China as Google doesn’t even exist there.

While it’s not too difficult to get Google apps on them, but it isn’t the greatest user experience. They are fully installed on all other Android phones in the West, and it’s seriously off-putting for a phone that costs more than 1000 Euros.

The Huawei Mate 30 Pro alongside its younger brother Mate 30 seems to be the most excellent phone one can buy. It’s equipped with HiSilicon Kirin 990 Chipset that powers the phone and an impressive and sleek body with 88-degree curved edges.

The Mate 30 Pro sports an OLED display with a size of 6.53-inches but the most appealing part of the phone is its circular camera configuration on its rear – flaunting not dual or triple but the quad-camera setup.

The rear camera setup carries a 40MP primary camera, coupled with another 40MP snapper for ultra-wide images, an 8MP telephoto camera, and a 3D ToF sensor. One will be able to record slow-motion videos of up to 720p @7680fps.

The phone is going to set users back 1099 Euros but since there wouldn’t be import and taxes cost in China, so it’s expected to be 20% cheaper. In homeland China, one can order that phone after spending CNY 7,000 for its 8GB/128GB variant whereas Mate 30 is priced CNY 5,000 for its 6GB/128GB storage.