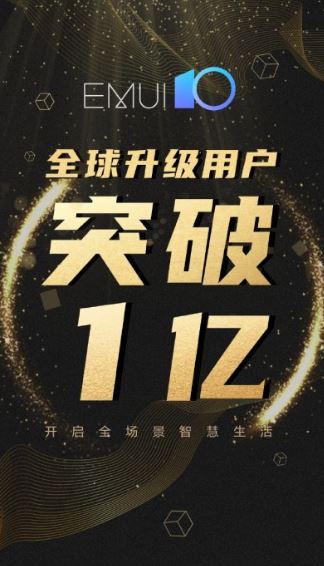 Huawei claims that 100 million smartphones across the globe installed the EMUI 10 update which is based on Android 10. The Chinese company managed to upgrade several compatible phones in its list in record time in spite of US sanctions and the Coronavirus Epidemic.

Going a little back into past, EMUI 9 update, based on 9 Pie, took around three more months to hit 100 million installations. Huawei has obviously struggled to get up to speed on all of the planned smartphones under pressure from the Trump Government.

The latest news is that an Android overlay supports nearly 30 of the Huawei and Honor smartphones. Let’s quote Mate X, the first foldable smartphone from Huawei among the last smartphone to receive the firmware.

The latter has recently shifted to Android 10 without Google apps and services in Open Sources Version. We have also considered Huawei P Smart Pro that has just been revised in Europe.

Huawei was forced to remove some smartphones from his release schedule amid attempts to update as many versions as possible, as Mate 9 was released in 2016. Are you enable you install EMUI 10 update on your smartphone? Do let us know down in a comments box below.