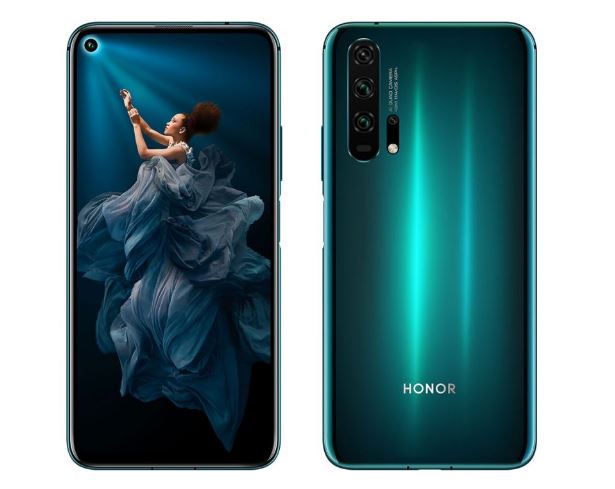 The Chinese smartphone brands i.e. Oppo and OnePlus have already made their headlines in Europe and now Huawei’s sub-brand Honor after getting a huge success of Honor View 20, has all set to come up with three new smartphones in Honor 20 series. The Honor 20 Pro in the UK is leading the charge which has already surfaced online – revealing all of its specifications.

This smartphone has proved that you no longer need to pay a fortune to get a dazzling smartphone camera. It’s equipped with a beautiful unique back panel design and a whopping battery that will keep you online all day long. Obviously, it’s nailing the basics i.e. display quality and performance.

With a whopping 8GB of RAM and 256GB of onboard memory, Honor 20 Pro is ready to shine on stores soon. It is also equipped with four rear cameras, HiSilicon Kirin 970 Chipset, 6.26-inches IPS LCD display and 4000mAh battery. Rest of the Honor 20 Pro Specs are as follow:

The smartphone doesn’t look quite different from many already released Android smartphones – but there are some flukes to its design. It’s quite big with 154.6 x 74 x 8.4 dimensions and some users may have trouble using the phone. However, it’s not really that bad! 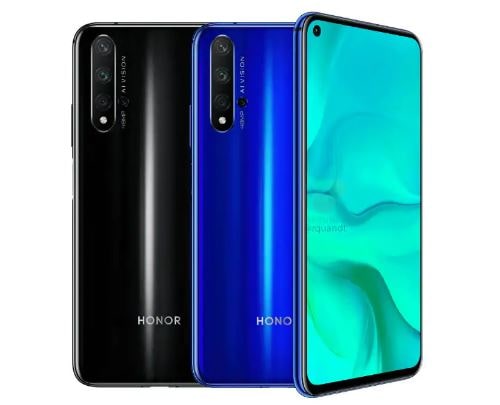 It has an impressive 91.6% screen-to-body ratio with enough bezel on the top to house a notification light and a speaker. On the right side of the phone, you will find the power button and fingerprint scanner. The volume rockers are also mounted on the same side – but above the power button and there is a USB port on the bottom of the handset. Unfortunately, it lacks a 3.5mm headphone jack which was something the Honor 20 View was loaded with.

The size of 6.26-inches is based on IPS LCD Technology which isn’t quite as good as OLED of Huawei P30. There is no waterdrop-like or wide notch on the handset’s screen – instead, it is sporting a punch-hole camera with means the lens is cut out of the screen.

Let’s put its design and display aside for a while and take a quick look at the gigantic camera bump. There are four rear cameras – consist of the 48MP main camera, 16MP wide-angle lens, 8MP telephoto lens, and a 2MP macro camera. Captured images, according to some online sources, are amazing with a lot of details. Night performance is great too – especially as it operates in a wide-angle mode which gives you the more creative opportunity. The front-facing camera, on the other side, is hidden in the hole-punch screen. It is 32MP – but lacks details and colours in low-light. 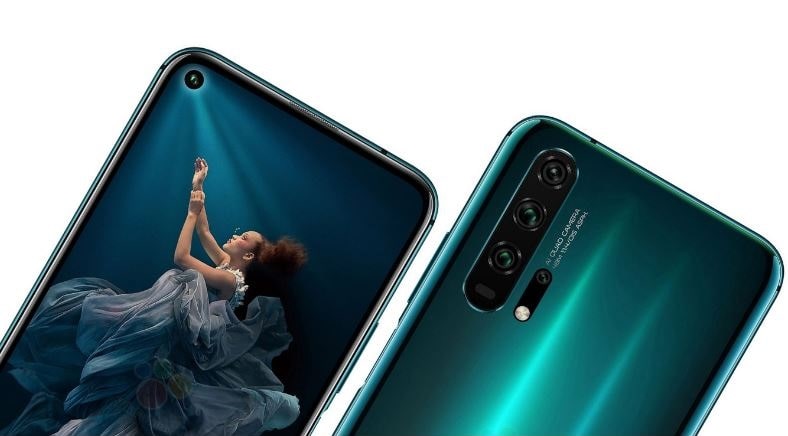 As expected, it’s running on Android Pie 9.0 operating system with Magic UI 2.0 on top. Despite its name, it’s the same as Huawei’s EMUI user interface. During the test, online sources have claimed that this device has proved to be reliable without any major software problem.

Though it’s not as attractive as OnePlus’ OxygenOS or Samsung’s One UI – but it’s perfectly serviceable with super-fast performance and hundreds of feature sets. Furthermore, it comes with numerous design elements from Apple iOS such as parts of its animation style and its folder layout.

Thanks to the HiSilicon Kirin 980 Chipset with a gigantic 8GB of RAM, it offers seamless and flawless performance during playing high graphic content games or multitasking. The 256GB of onboard memory also lets you save hundreds of thousands of files, images, and videos. Be mindful that the onboard storage is expandable no further. So, you are left to deal with storage issues on your own.

On paper, the 4000mAh battery sounds good but not really great. However, it’s capable enough to keep users online all day long with heavy usage and it seems to last for up to two days under light use. The battery performance is backed by Honor’s SuperCharge 22.5W which is opposed to the faster 40W standard used in Mate 20 Pro and P30 Pro.

The official Honor 20 Pro release date in the UK isn’t known for now but some sources have claimed that it’ll start hitting shelves somewhere in July 2019. However, Honor, in the UK, will put a two-year warranty on its upcoming smartphones – six months out of these two years will be for the battery and charger. Be noted that it’ll not cover water damage, accidental damage or misuse.

As for Honor 20 Pro Price in the UK, we don’t know how much exactly will it set users back – but again, some sources have claimed that it’ll be priced £525 which coverts over to about €599/$670/AU$970. We are keeping an eye on it and will have this article updated as soon as we hear more.

9Leaving final remarks is too prompt but based on what we have heard so far, it’s a flagship device which comes with a plethora of features – out of which the display is the major highlight. It has entirely bezel-less screen which provides an exquisite viewing experience. Moreover, it’s punch-hole camera is making it stand out from a crowd and the performance is up to snuff with impressive configuration and an ample amount of battery backup.