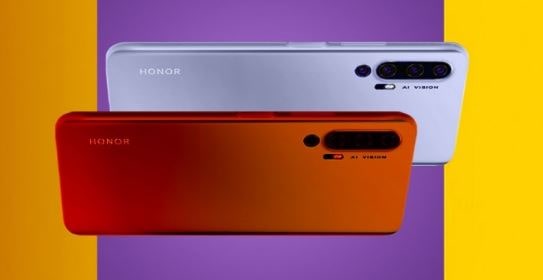 Huawei’s subsidiary brand Honor has all set to amaze its audience once again with its latest and greatest smartphone named Honor 20 which is expected to be landed on shelves on May 21 along with a Pro version. Interestingly, today this handset passes by Geekbench – revealing quite a few specifications.

According to the Geekbench listing, Honor 20 has managed to push out a 3278 single-core score and 9709 in the multi-core department. 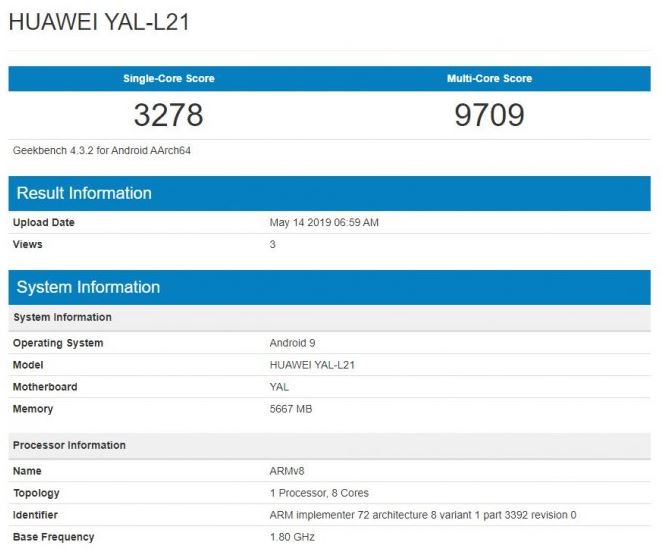 These numbers sound similar to last year’s Huawei Mate 20 series which means it’s not really surprising for all of us that Honor 20 will be using the Same HiSilicon Kirin 980 Chipset. The tested phone has a 6GB of RAM but according to the rumours and suggestions, it’s loaded with a whopping 8GB of RAM.

Furthermore, Geekbench listing shows that the Honor 20 will be running on Android Pie 9.0 operating system with EMUI 9.0 on top but it’s hardly a surprise for us.

It’s too prompt to talk about this phone as we have to wait a little bit more to get our hands on the full specifications sheet. We are keeping an eye on it and will have that story updated with accurate specifications, official availability and pricing details. So, stay tuned for more!