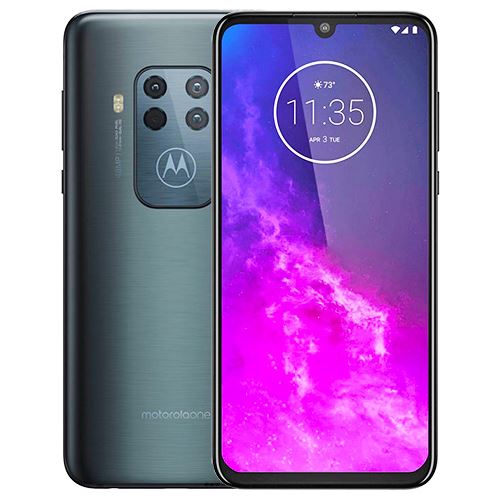 Geekbench Listing Revealed Motorola One Zoom Specifications Ahead of Launch

Motorola, a smartphone manufacturer owned by Lenovo, will later this week be launching One smartphone series at IFA 2019. And it seems now that we have some important information about the Geekbench listing of the Motorola one zoom. 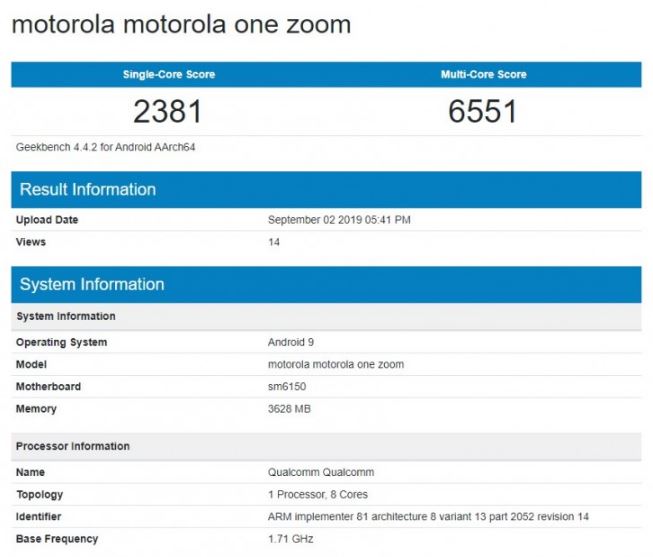 The mid-range smartphone is apparently equipped with the 11nm Snapdragon 675 octa-core processor from Qualcomm. It is combined with 4GB of RAM, making it similar to the other smartphones of the One series that the firm has previously seen.

The Motorola One Zoom will operate Android 9 Pie out of the box as regards the software bit. It’ll probably not be a smartphone like the Motorola One Vision and Motorola One Action for Android One. But Amazon’s Alexa and a number of Amazon applications like Amazon Alexa, Amazon Music, etc. will be available in it.

Earlier leaked images have shown that the phone will be landed with three different colour options to choose from.  On the front of the Moto One Zoom, the front display has a waterdrop-style notch, but the bottom of the phone is equipped with a visible chin.

The One Zoom comes in a 6.2-inch FHD+ Super AMOLED panel based on what we have known so far. The display is also equipped with an on-screen fingerprint scanner. The 11 nm Qualcomm 675 octa-core SoC will draw its energy, and it’s packed with 4GB of RAM and 128GB of onboard memory that can be expanded further with the help of microSD card.

The quad-camera is configured to include a main 48-megapixel camera. The other three include a wide-angle camera, a 5x hybrid zoom and a portrait depth sensor. The Moto One Zoom is probably also available for taking low-light images in a special night mode. And as for selfie snapper, we are running short on words.