The release of the update last month was limited to the Indian smartphone models. And the update was delivered to smartphones ZenFone Max Pro M1 with ZB601KL and ZB602KL model numbers. However, the Android Pie firmware is now available with the ZB601KL model number for the global version of the device. 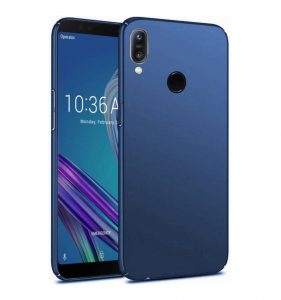 The device has also received the May 2019 Android Security Patch. It also resolves problems when playing PUBG with HD graphics. It also fixes the bug call with some general bug fixes. In addition, the device now receives all the key elements of Android Pie like adaptive battery, gesture-based navigation, and others.

The smartphone has a 5.99-inches IPS LCD screen with an FHD+ resolution of 1080 x 2160 pixels, as far as specifications are concerned. It is powered by a processor Snapdragon 636 with 1.8GHz. The processor is partnered with Adreno 509 GPU and up to 4 GB of RAM and 64 GB of storage space.

On-board storage is expandable thanks to the external MicroSD card. It offers a double-camera configuration on the back with a 13MP + 5MP. There is an 8MP snapper on the front for selfies. And a huge 5,000mAh battery keeps the light on all day long even with a heavy usage.