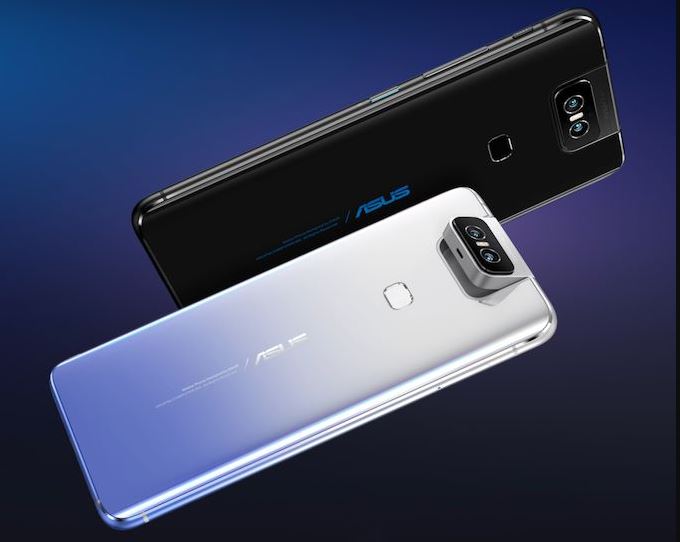 Making a long story short and putting this off by saying, Asus Zenfone 6 is an awesome combination of performance, configuration and elegance. It looks gorgeous, having outstanding cameras, a whopping amount of onboard memory and gigantic battery to keep you online more than 2 days with casual usage.

Most important of all, it’s amazingly cheap and users who are running short on a budget but looking for a flagship smartphone can get their hands on it.

Under the brand name Asus, Zenfone 6 in the UK can be said to be the super-cool, dazzling and most consistent model in terms of confidentiality.

Last year’s Asus Zenfone 5Z was indeed an exquisite smartphone with state-of-the-art features at unmatched rates. This Zenfone 6, however, comes with everything its predecessor is already loaded with.

With a 6.4-inches screen, Zenfone 6 is the best offer of 2019 so far, even housing an absolute best version of ZenUI which is Stock Google Android Pie with some extra camera controls as well as algorithm layers for battery management and dark mode.

The key highlights of Zenfone 6 are related to 6.4-inches IPS screen, up to 8GB of RAM, up to 256GB of storage, dual flip camera mechanism and a whopping 5000mAh battery to keep you online all day long. Let’s find out more in our Asus Zenfone 6 Review below! 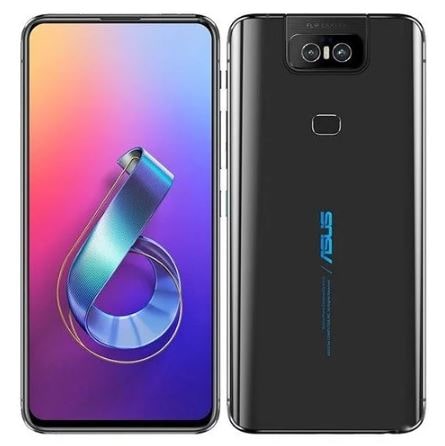 Earlier, it was available to pre-order in the UK but it’s right now available in every corner of the UK to get your hands on. Although the official Asus Zenfone 6 release date in the UK was May 30.

It’s also the release date in the other European countries whereas the Australian audience and some of the Asian countries have to wait a little more to get their hands on.

When it comes to Asus Zenfone 6 Price in the UK, it shines very well. This gorgeously designed smartphone is amazingly cheap and doesn’t leave a dent in your wallet.

Asus Zenfone 6 in this price range is giving tough competition to the others like Xiaomi Mi 9 which costs approx. £499 with almost similar onboard features and high-quality rear cameras.

Very much like Mi 9, Honor View 20 still does an excellent job whereas last year OnePlus 7 gives its audience a similar value for money. 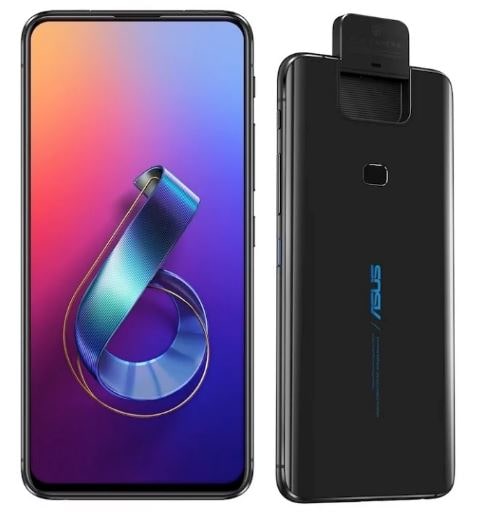 The design of Asus Zenfone 6 isn’t unusual as it’s made of a single block of aluminum which sits perfectly in hands and feels just as special as other flagships i.e. Samsung Galaxy Note 9 and iPhone XS Max. When it comes to the various physical elements of the phone, nothing is out of the ordinary.

On the right side of the phone are a power key, a Google Assistant key, and a rocker with a sensibly placed USB Type-C charging port on the bottom. Asus has chosen to rear-mounted fingerprint readers just above the middle of the smartphone rather than following a trend for in-screen sensors. 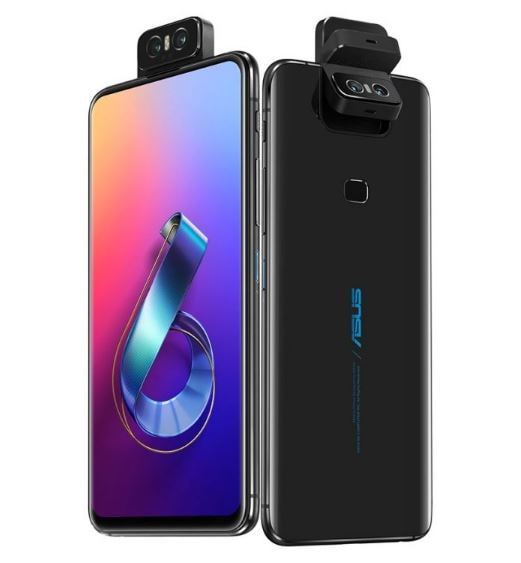 Asus Zenfone 6 houses an impressive 6.4-inches IPS LCD display with a maximum resolution of 1080 x 2340 pixels – with noticeable bezels. As there is no notch above the display, there are no distractions while playing games or watching HD videos.

The screen is exceptionally bright and vivid and takes your enjoyment to the next level. All in all, it’s easily making it one of the dazzling screens to consume content on. 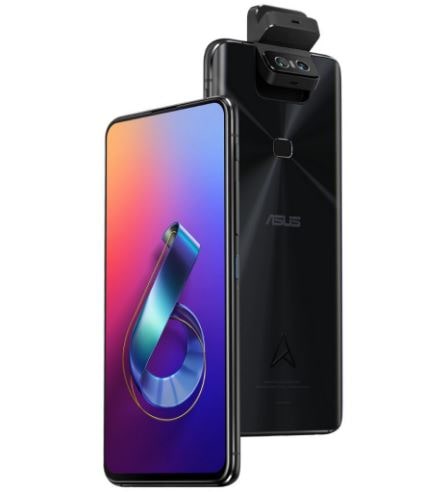 Without a doubt, Asus did an awesome job with cameras in the last several years and interestingly, Asus Zenfone 6 is no different. But what does flip mean? The rear camera of the handset which consists of a 48MP + 13MP sensor flips immediately forward when touching a button in a camera flip.

Hence, it’s named a flip camera. The Zenfone 6’s camera has a bunch of unique features i.e. ability to move a camera to any angle. It’s quite awesome and offers better ergonomics while capturing images. The third-party apps such as Instagram, Facebook and WhatsApp have also been tuned to support free-angle shooting. 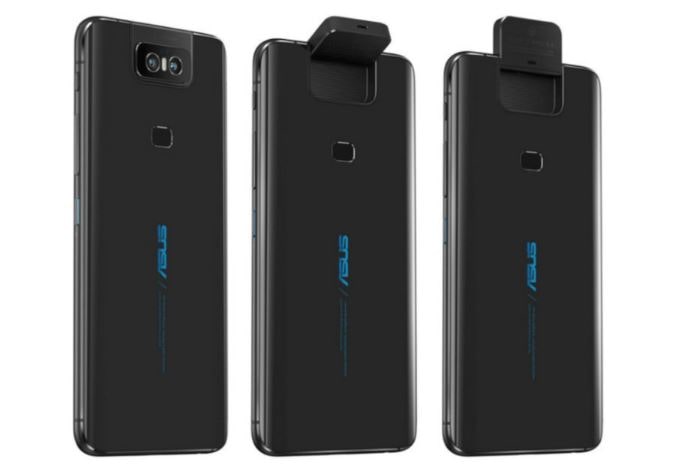 The Asus Zenfone 6 is powered by Qualcomm’s latest Snapdragon 855 Chipset which is partnered with 6GB/8GB of RAM and 64GB/128GB/256GB of onboard memory. However, one can further increase the onboard storage up to 1TB via a microSD card.

As mentioned, Snapdragon 855 is the top-of-the-line chipset – providing more power as compared to the other smartphones loaded with 845 Chipset.

The smartphone is backed by two stereo speakers – one on the bottom with two smart amplifiers whereas the other on the top. Outback, there is a fingerprint scanner and according to Asus, the operating speed of that sensor is 0.3 seconds.

The other interesting thing about the Zenfone 6 is that it works on ZenUI 6 based on Android 9.0 Pie, although it seems like it runs on Android.

With the new ZenUI, the interface of Asus is now almost close to the Android stock, with additional features such as double-tap to wake, clever speakers, native dark mode and memory management tools like OptiFlex.

When it comes to the battery department, Asus Zenfone 6 looks to stand out from the competition – thanks to an incredible 5000mAh non-removable battery. Asus has claimed that it can provide more than two days of standard use, 33.3 hours of talk time, more than 26 days on standby and 21 hours of web browsing.

Some online sources have reported that it can last up to 15 hours with standard usage i.e. texting, browsing and snapping with 40% juice left in the tank when going to bed. Amazing?

under screen finger print scanner is NOT a Con considering under screen requires oled screen which would increase the affordability greatly and is in many instances either slower or has inconsistent reads compared to the rear mount type.