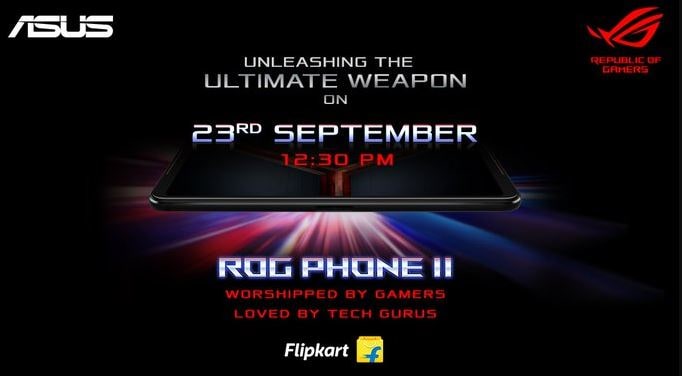 The company’s second gaming-centric smartphone named Asus ROG Phone II is all set to be released in India on September 23rd. A teaser page has already available on India’s biggest e-commerce website Flipkart – showing that it’ll be available to buy on Flipkart before September ends. The launch event will kick off at 12:30 PM IST on September 23rd.

The phone is equipped with Snapdragon 855+ Chipset and followed by the unveiling of Asus ROG Phone II Ultimate Edition at IFA 2019 a couple of days back.

The ROG Phone II is all set to revolutionise smartphone gaming forever and knockout other flagships. 23rd September is the day when the ROG Phone II will quench the thirst for the ultimate weapon. #ROGPhoneII #WorshippedByGamers #LovedByTechGurus pic.twitter.com/3grhYg4ubg

Pricing details are yet to be confirmed in India, but it’s our educated guess that Asus ROG Phone II will carry out a price tag of roughly INR 71,400 – thanks to revealed European pricing – EUR 899. This is the price tag for its standard edition whereas Ultimate Edition will set users back approx. INR 95,200 (~ EUR 1,199).

Asus ROG Phone II, in terms of specifications, is equipped with 6.59-inches Full HD+ display with a resolution of 1080 x 2340 pixels. The display is protected by a Corning Gorilla Glass 6 and is claimed to offer touch latency of 49cms. 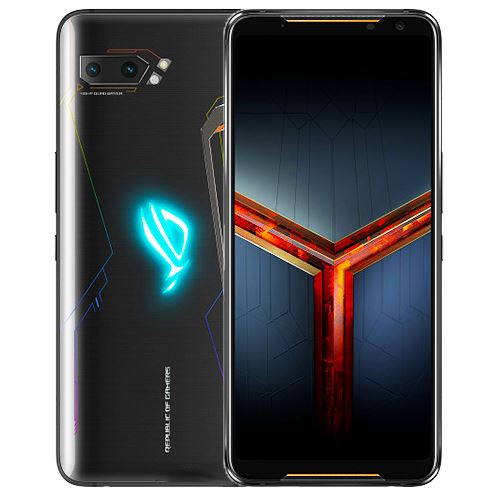 A Snapdragon 855+ Chipset powers the handset – partnered with up to 12GB of RAM and up to 512GB of onboard memory. A 48MP primary camera on its rear with a 13MP wide-angle lens helps to capture stunning images whereas selfies and videos are assisted by a 24MP front-facing camera.

The authentication is managed by an on-screen fingerprint scanner whereas there is a side-mounted proprietary connector for different accessories. The bottom is covered by a USB Type-C port, and inside it, there is a 6000mAh non-removable battery with a super-fast charging feature.