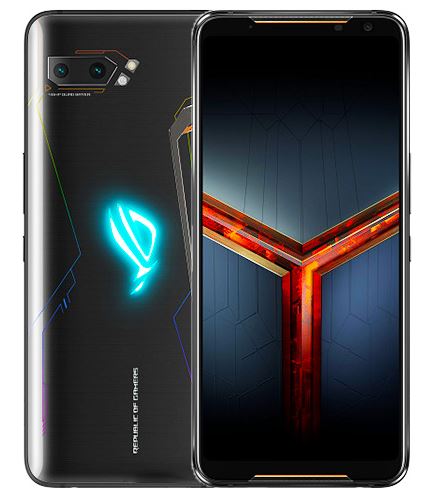 Asus launched its 2nd-gen gaming-centric smartphone named Asus ROG Phone 2 in India during an event in New Delhi. The phone comes with a bunch of upgrades over its predecessor and is loaded with Qualcomm Snapdragon 855 Plus Chipset – partnered with a gigantic 12GB of RAM and 512GB of internal memory.

An ultrasonic Air Triggers 2 and in-display fingerprint scanner both are also a part of this handset. And another notable improvement is its overall display which is now boasting a 120Hz refresh rate instead of 90Hz.

Asus ROG Phone 2 is priced INR 37,999 for its 8GB RAM and 128GB storage variant. Frankly speaking, it’s the most appealing price tag for this gaming beast. However, you won’t get a new AeroAcive Cooler 2 in the box, but Asus offers an 18W charger and AeroCase available.

The Asus ROG Phone 2 runs on Android Pie 9.0 operating system with ROG UI on top. It’s flaunting a 6.59-inches display with a maximum resolution of 1080 x 2340 pixels (AMOLED) with a 120Hz refresh rate. The display is protected by a Corning Gorilla Glass 6 to protect it from scratches and minor falls.

Qualcomm Snapdragon 855 Plus Chipset works like a brain of the handset, and it’s paired with up to 12GB of RAM and hefty 512GB of onboard memory (UFS 3.0).

It’s featuring a 48MP primary sensor – accompanies by a 13MP wide-angle camera with a 125-degree field of view. On the front, on the other hand, there is a 24MP front-facing camera that assists you in selfies and video calls.

The phone is backed by a 6000mAh battery alongside Quick Charge 4.0 fast charging supported. Besides, it bears an on-screen fingerprint scanner and dual front-facing stereo speakers with DTS:X Ultra support.