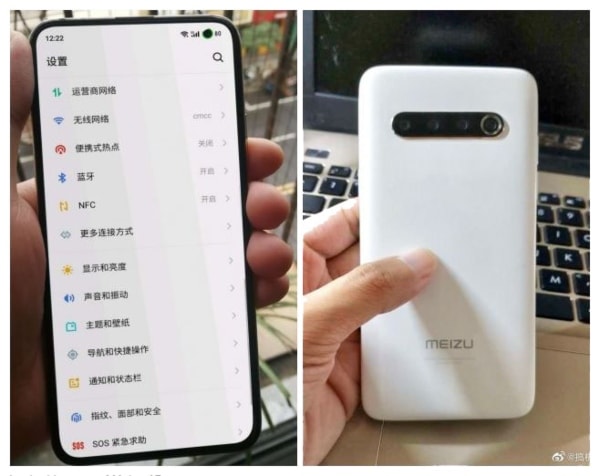 We had been hearing a plethora of rumours and leaks on Meizu 17’s launch with 5G support. Based on the most recent leak and rumour, it was likely to hit stores throughout the world on April 26 but according to Meizu itself on Weibo, we will now be able to get your hands on Meizu 17 on April 17 which is around the corner.

The company announced that an event will be taken place on the coming Friday at sharp 2:30 PM (local time). We are very much hopeful that Meizu 17 will be announced there and if it happens, it’ll be the company’s first 5G-enabled smartphone. The specifications, however, aren’t yet disclosed.

Some reports have suggested that Meizu 17 is likely to be accompanied by another advanced smartphone named 17 Pro. While quite a few rumours have disclosed the alleged specs of Meizu 17 smartphone – but remains unclear what the Pro model may have to deliver.

According to the earlier rumours, Meizu 17 will be loaded with a 6.5-inches AMOLED display with a small punch-hole to house a selfie snapper. Inside the phone, it’s said to have a Snapdragon 865 Chipset which is partnered with LPDDR5 RAM and UFS 3.0 Storage.

The backside of the phone comprises a 64MP camera configuration – positioned horizontally alongside a ring Flash LED unit.

The available amount of battery is 4500mAh and a bunch of other leaks has revealed that it’ll be supported with 30W mCharge fast charging technology.

The rest of the features include Wi-Fi 6, Bluetooth, NFC, and others and it’s likely to arrive on Chinese stores with a price tag of 3,999 Yuan (approx. $567).